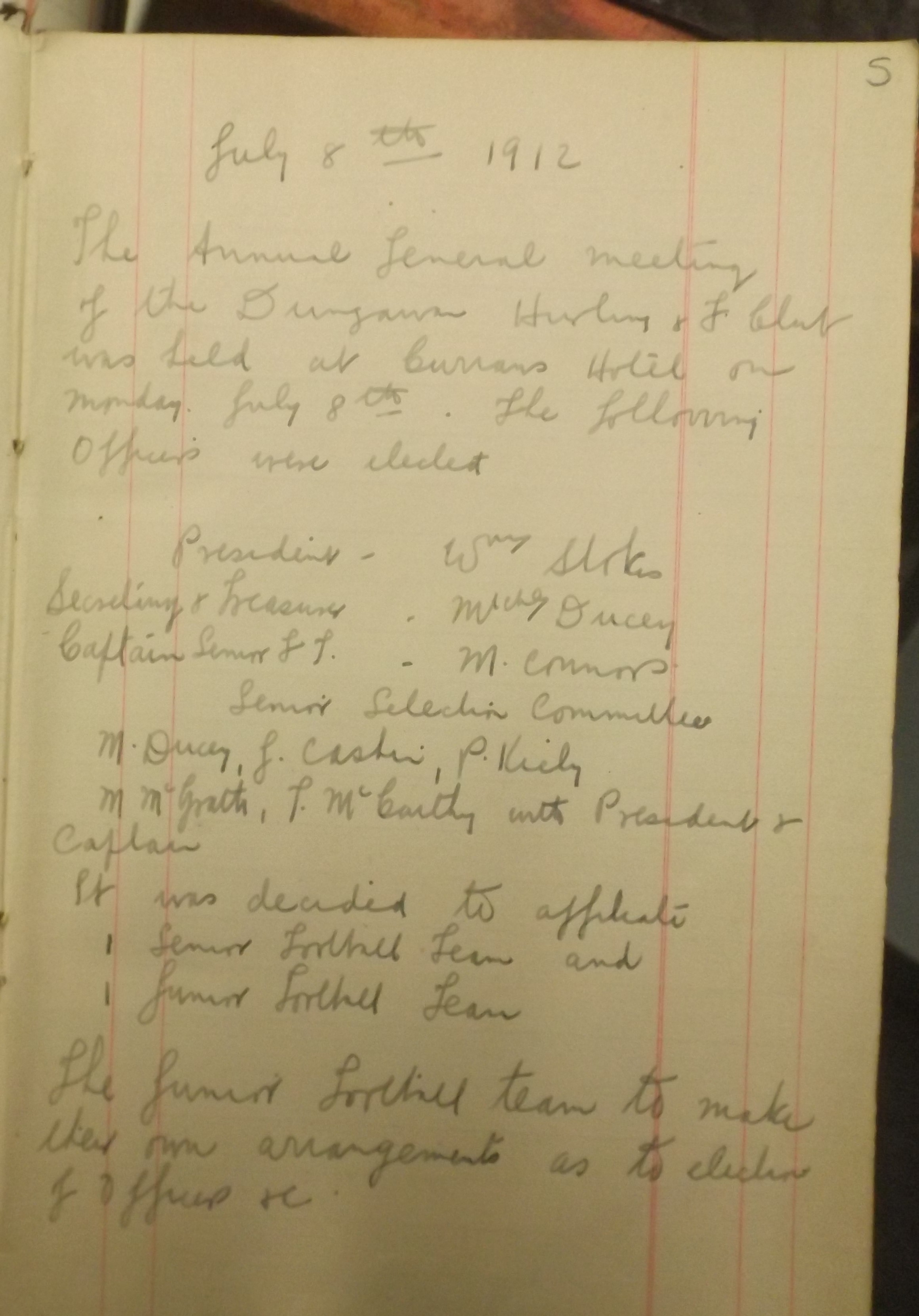 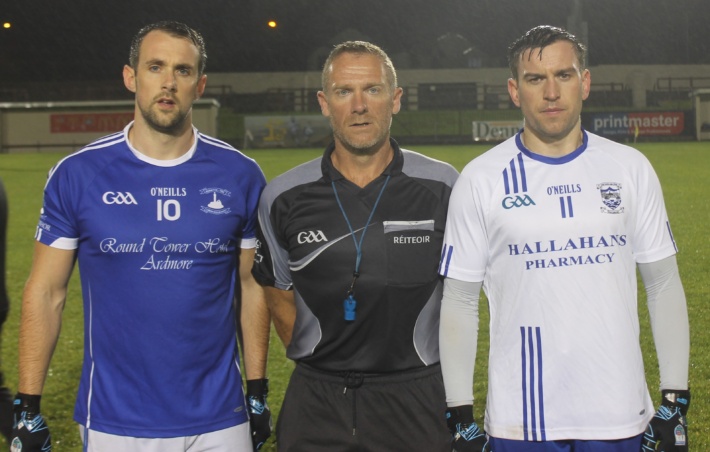 Ardmore were most deserving winners of this SFC Relegation final in Fraher Field last Friday evening. Gavin Crotty’s goal in the 24th minute and points by Ryan Donnolly and Kieran Power put us 0-5 ahead by the 28th minute at 1-6 to 0-4 but that was as good as it got or us.

We didn’t score thereafter as our lack of fitness showed while Ardmore played with great heart to maintain their stay in senior ranks since 1998. 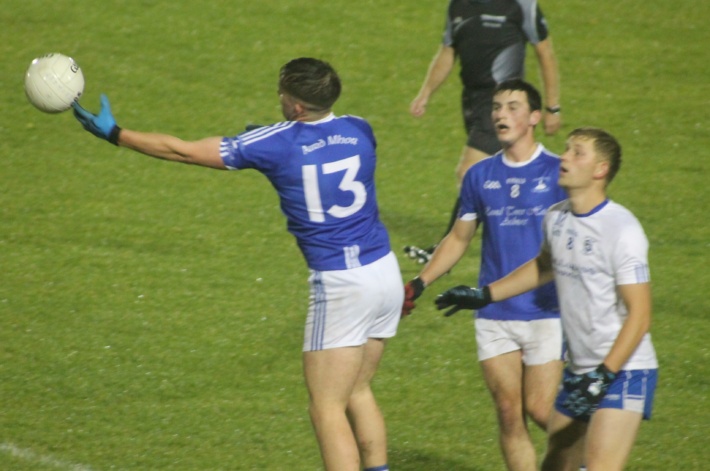 Thus ends a disappointing year at senior level in both hurling and football and for the second time we are back in intermediate ranks in the big ball game after just one year. 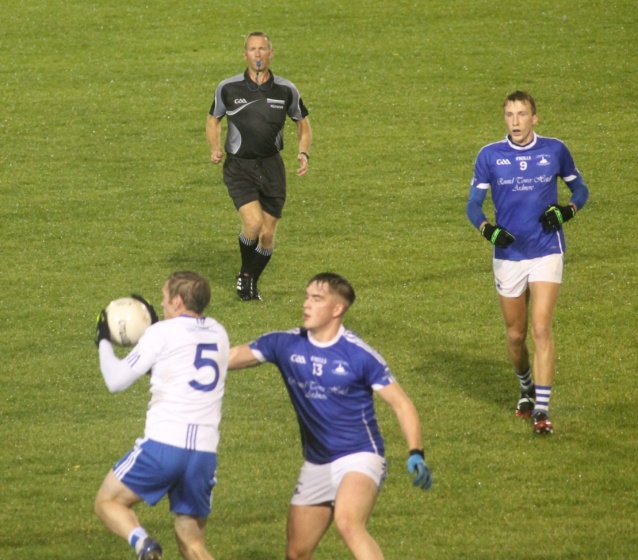 Fresh from their win last Saturday in the County Intermediate Camogie Final in Carriganore against Ferrybank, John Fitzgerald and Ricard Ferncombe’s charges will embark on their Munster club championship campaign this coming Sunday in our own club grounds.

The opposition will be the Limerick champions with the throw in time yet to be confirmed. This is a big day for the girls, the camogie club and all in the club in general and as many as possible are requested to come along and give their support to the team on their special day. 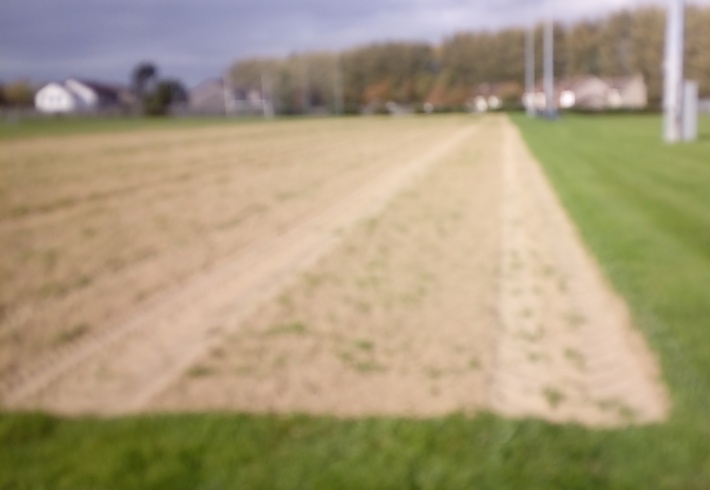 The club’s two main fields were sanded and vertidrained this week which will improve their condition and drainage in the months ahead. The field was a hive of activity on Tuesday last  with Darceys of Wexford supplying the sand hauled by Ormondes and Kevin Kehoe, also from the Model County doing the spreading and verti draining. Thanks to all three for finishing off the job in the one day.

Thanks especially to club President Paddy Fitzgerald for organising this project and getting it done so soon.

Courtesy of the Editor of the Dungarvan Observer

From the Pen of John A. Murphy

THE expected closely contested first round junior hurling championship game at the Fraher Field on Sunday last between Dungarvan and Brickeys never materialised as the Brickeys were but a pale shadow of some very useful combinations that they have fielded in the past.

Over the hour Dungarvan played some excellent hurling and the forwards showed a real hunger for scores and they can await their nest outing against Tallow with some justifiable confidence.

The Brickeys fell into arrears early on and they trailed at half time by 5-2 to 0-2. They did stage a spirited closing rally that brought them a brace of goals but theirs was a side that was totally unprepared for championship battle.

Dungarvan were complete masters from the start. Their midfield pairing of Christy Whelan and John Egan gave them a very definite pull in the sector and from the lavish service supplied by this pair, the Dungarvan attack began to pick off the scores. Mickey Mahony had two well taken goals inside ten minutes but Brickey points by Richie Whelan and Willie Terry, to which Mahony replied with one from Dungarvan, left the winners 2-1 to 0-1 ahead at the end of the first quarter.

Dungarvan finished the half in absolute control and goals by Jim Nagle, Jim Dee and Sean Power and a Tom Cunningham gave them an unflattering 5-2 to 0-2 half time lead.

Brickeys restarted with their forces almost completely regrouped. Richie Whelan had now taken over from Charlie McAllister in goal with the latter moving to the full line of attack. Peter Ferncombe moved from corner back to centre forward but Dungarvan continued to dominate.

The winners had further goals by Christy Whelan,Jim Nagle,John Egan and Mickey Mahony and points by the latter (2) and Tom Cunningham followed. The Brickeys did succeed in scoring a brace of goals in the closing minutes per Charlie McAllister and John Woods but Dungarvan fittingly had the final say with a Jim Dee point.

For Dungarvan Michael Flynn played well in goal but if the full line of John Clancy, Sean Murphy and Michael Lewis made no mistakes, it was the superb hurling of half backs Eddie Sheehan (in particular), Michael Norris and Timmy Healy that caught the eye most.

John Egan and Christy Whelan were on top all through at midfield and all six forwards shared in the triumph, although Mickey Mahony, Tom Cunningham and Jim Dee formed a particularl effective half line.

The Brickeys stars were few and far between but defeat was certainly no fault of John Woods, Nicholas McGrath, Peter Ferncombe, Richie Whelan and Willie Terry, who hurled tirelessly in a vain bid to stem the tide that flowed so strong against them. 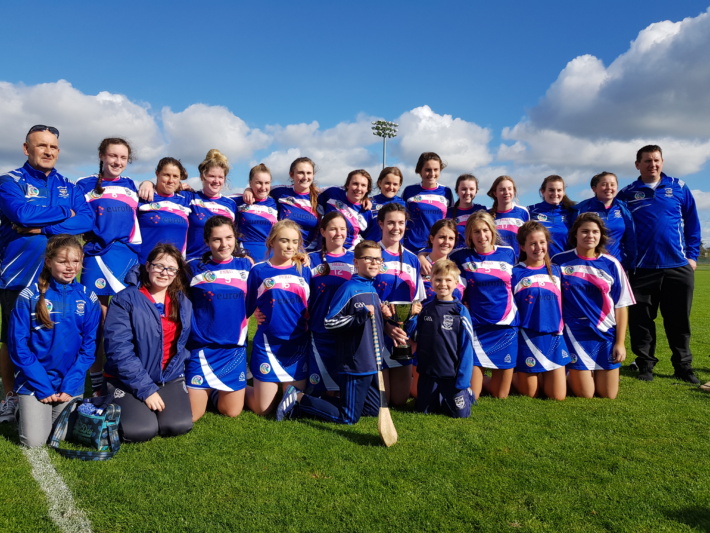 Dungarvan deservedly claimed the County Intermediate Camogie title thanks to a nine-point win over a game albeit under firing Ferrybank side at a breezy Carriganore on Saturday last. Yet there was no shame in this reversal for Ferrybank, who found themselves outfought, outhurled and outmuscled by a sharper and more aggressive Dungarvan line-up, inspired by the outstanding Kaiesha Tobin.

Scorer of five points, four of them from frees, the Waterford senior panellist and Munster Minor Championship winner plays with the vision and maturity of a player a decade older. Be it fielding, passing, or shooting, in addition to possessing an innate sense of knowing where she needs to be, Tobin appears to have it all.

Playing with the aid of the strong wind, Dungarvan made all of the first half running, with wing-forward Clodagh Tutty opening the scoring after just 10 seconds. Tobin opened her account with a third minute free while Ferrybank mustered their only reply of the opening half via a Niamh Ahearne free two minutes later. The remainder of the half was all Dungarvan, with Tobin’s free-taking acumen, in addition to another Clodagh Tutty point and a scrambled 20th minute goal by Alix Fitzgerald left John Fitzgerald’s side 1-6 to 0-1 ahead at the break. Ferrybank, primarily through Niamh Ahearne and the Heffernans Iona and Grainne, fought hard to stay in touch, but collectively weren’t at the pace they needed to be to mount a serious challenge.

After the break, and despite hurling into the wind, Dungarvan kept working the scoreboard and quickly snuffed out any prospect of a meaningful Ferrybank resurgence, with Angela Tobin and Dawn Power landing early points. Niamh Ahearne, whom a times mounted a one-woman resistance for Ferrybank, converted a free between those efforts but there was no doubting Dungarvan’s superiority.

Tobin and Ahearne traded points in the 36th and 40th minutes respectively before the impressive Sarah Lacey struck a fine point from wide on the right flank to leave the Old Boro 1-10 to 0-3 clear by the three-quarter mark. Ahearne, demonstrating tremendous leadership qualities in the face of a fast retreating Ferrybank tide, turned over a 46th minute point, with the excellent Dawn Power next to score six minutes later at the opposite end.

Dungarvan added the icing on top a minute from the end of normal time when Sarah Lacey slammed the ball into the Ferrybank net following her fine run, assisted by Caoimhe Dwyer’s deep pass.

As the game moved into additional time (of which, remarkably, almost eight minutes were played at the end of each half), Niamh Ahearne’s late consolation goal was the least her individual effort merited and ultimately proved to be the game’s final score.

Dungarvan will face Limerick opposition next weekend as their Munster Championship campaign gets underway, with first half casualty Orla Hickey (ankle) likely to be their only injury concern.

Pictured is the Dungarvan team that took part in the Gaultier football tournament on Saturday September 29th 2018.