Western Board Vice Chairman Neil Moore of the Abbeyside/ Ballinacourty club presided at the Championship Format and Draws meeting in Lawlors Hotel last Monday night. Delegates voted in favour of no team being out of contention after the Group games in some championships especially where there are Groups of four teams as they feared their championship year after just three games could be done and dusted early on.

The Board’s Blue Ribbon championship, the intermediate hurling is comprised of two groups of four with Ballysaggart, Ardmore, Cappoquin and Clashmore in Group 1 and Modeligo, Shamrocks, Stradbally and Brickeys in Group 2 . The first round games in April will be as follows :

The first round games in the other championships are as below :

Under 21 ‘B’Football : Preliminary Round : Clashmore/ Kinsalebeg v Ardmore. Stradbally v Affane. There is no losers’ Group.

Under 21 Hurling. It was decided not to draw these ‘A’ and ‘B’ championships until later at the request of the Board.

Abbeyside/Ballinacourty Proposal for Waterford Championships Get the Green Light.

The big news coming out of last Monday night’s three hour County Board meeting at  Lawlors Hotel was that there will be a new format in both codes in the senior championships in 2018 following the success of an Abbeyside /Ballinacourty proposal that was very well received by the vast majority of the clubs.

Gone are the two groups of six and the football championship system of 2017 and in their place comes three Groups of four for hurling and football. Introduction of proposal :  By reducing both Championships to groups of 4 it will make it easier on the board to: 1. Get the Championships finished in time for Munster Club. 2. Give dual clubs (Not just dual Senior Clubs) adequate time to prepare for Championship matches. 3. Allow time for under 21 Championships to be played without dragging the playing season into December or indeed the following year. This is important so as to allow players have some time off before returning to training in January which most clubs will now do due to Club Championship commencing in early April.

Championship to be made up of 3 groups of 4 teams. Groupings to be made up on the following criteria.  Group 1: Stradbally (County Champions). Group 2: The Nire (Runners Up). Group 3: AnRinn and Kilrossanty (Beaten Semi Finalists).

The following four teams would then be placed in a pot, Ardmore, Ballinacourty, Clashmore and Rathgormack. The first drawn team assigned to group 1, second drawn team to group 2. The remaining two teams would then be assigned to one of the three groups by a draw. After this stage two groups will have 3 teams and one group will have 2 teams. The remaining four teams will then be assigned to a group by draw, with the first team joining whichever group has only two teams in it.

A draw will take place to give four matches with no repeat of group matches allowed. The four winners will advance to quarter finals to play the four teams already qualified in a seeded draw. The four losers to play relegation play off.

Delivered to the meeting by Abbeyside/ Ballinacourty secretary,Tomas O Cadhla, the proposal quickly found favour with the delegates  and when Rathgormack, Stradbally and the CCCC withdrew their proposals, the new championship structures were soon a reality for 2018.

The same type structure for the senior hurling championship went to a vote before it was accepted. The Tallow club wanted to retain the tried and tested two Groups of six teams but with the majority of County Board and Western Board officers backing the Abbeyside proposal, the Tallow proposal was beaten by 29 votes to 13, the clubs themselves being divided fairly evenly in their views.

Both championships will start in April.

ACADEMY
Dungarvan GAA Club training Academy for boys and girls aged 5/12 years – Football, Hurling Monday Evenings – time 5-6 pm for 8,9 and 10s and 6-7pm for 10,11 and 12 year old in the Sport Centre.The small people will be on Friday at 5-6 pm. Parents and guardians of the children are fundamental to the successful running of the Academy. Each year we invite parents to volunteer to become coaches/helpers in the Academy.No previous experience is required as the club provides resources, training courses and support through its (Games Promotions Officer)All the Coaches and Kids have been very busy with the past few weeks with training and games. U13/14 now train in the Sports Centre on Monday at 7pm to 8pm. Our u14s started training back in Clogherane last Sunday in what could only be called unhealthy conditions, hopefully success will follow for all the hard work done by their coach Chris Mc Govern.

REGISTRATION
Everyone who wants to play for the club has to be a member, membership is now been taken by Mary and Eileen, the closing date for Registration is 31st of March. Membership for an Adult player is 50 Euro, Minor 30 Euro, Juvenile 20 Euro for the first child, 15 euro for the second child, and 10 Euro for the 3rd. An adult is 20E and a couple is 30E.

MANAGEMENT
The club is actively seeking Managers for the Minor and u21 teams for 2018.Anyone interested in these positions should contact the club Secretary Tony Ryan

FIRST AID
The club is actively looking for volunteers to take first aid courses for 2018, this is a vital roll for all our teams with an emphasis on the juvenile section of our club.

QUIZ ANSWERS
1. What team are Mc Grath Cup Champions for 2018. CORK
2.Where was the final of the Munster Senior Hurling League played. LIMERICK
3.Who refereed the Walsh Cup Semi-Final between Kilkenny and Offaly. GEAROID MC GRATH
4. What county is the above Referee from. DUBLIN
5. Who is the Cork Senior Football Captain for 2018. JAMIE O SULLIVAN.

QUIZ
1.Can you name the Clubs Magnificent Seven who were the first club members to win an All Ireland Minor Medal in 1929.
2. Also in 1929 how many players did the club have in the Munster Junior football Final
3.Why was 1987 a historic year for the club.
4.Name the GAA President who came to open the Club Grounds in 1994
5. When the Club won a Western Intermediate Hurling in 2007 who trained the team.

Reigning County champions Gaultier scored a comprehensive win over Dungarvan in the semi final of the 2017 under football championship at Rathgormack last Sunday morning. Dungarvan fared well initially and they trailed by just 0-5 to 0-2 when they lost two key players to injury, John Devine with a broken collar bone and Peter Queally who was accidentally struck unconscious by the referee.

It was always going to be one way traffic after these setbacks for an already depleted Blues outfit heading into the game and Gaultier enjoyed a 0-8 to 0-2 advantage at the break. The winners led from the outset with Dean Kearns and Craig Browne, 0-2(1f) opening the scoring before Dungarvan’s best player Joe Allen kicked two fine pointed frees in return. Wind assisted Gaultier added on a further 0-5 by half time via Dean Kearns, 0-3, Craig Brown (f) and centre back Steven Lynch.

The game was put to bed in the 36th minute when David Cullinane was first to react to Callum O Neill’s blistering shot back off the crossbar to claim his side’s first goal. The second arrived midway through the half and another at the death, both by Craig Browne, in addition to some well kicked points via David Jones and subs Darragh O Keeffe and Conor Cullinane produced the above one sided scoreline.

Dungarvan produced a spirited performance to the end but they just did not possess a panel to put it up to a club with such an array of players as Gaultier.

Gaultier will now meet the winners of the Nire v Ballinacourty semi final at a Western venue in the 2017 County final. 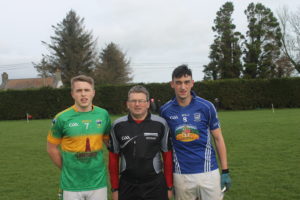 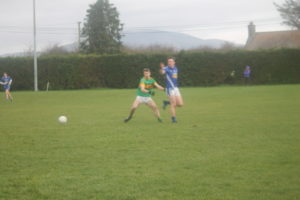 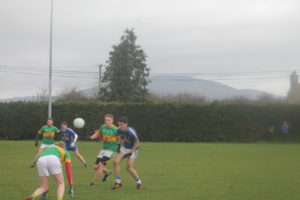 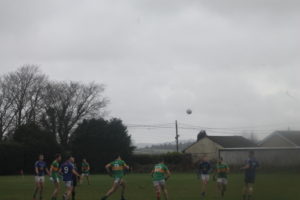 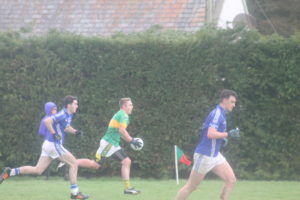 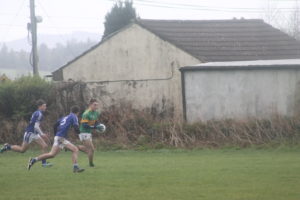 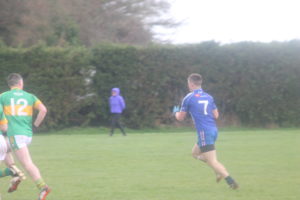 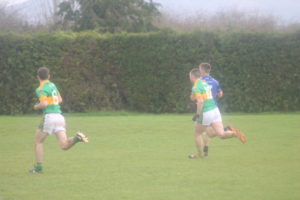 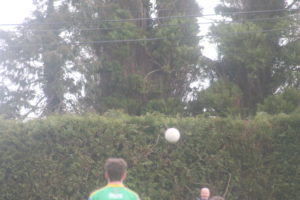 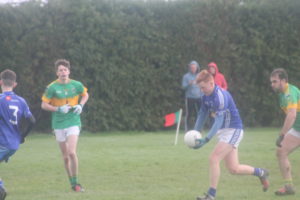 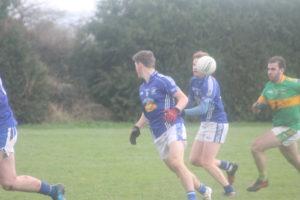 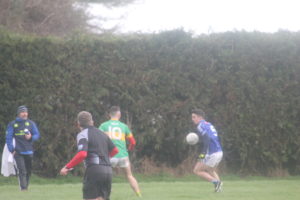 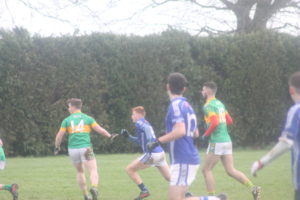 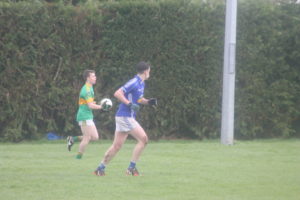 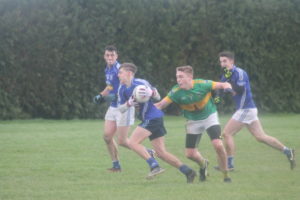 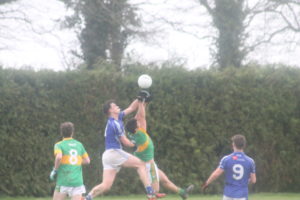 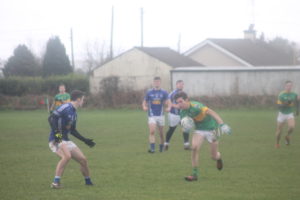 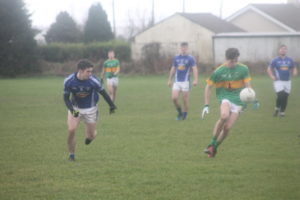 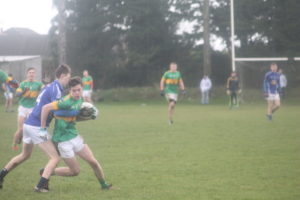 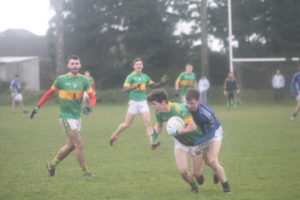 Congratulations to our club President Paddy Fitzgerald who received the  County Board Cultural Award for 2017 at the Awards night in Lawlors Hotel last Friday evening for his dedicated work for the promotion of Scor for many years.

Hi all, we are looking for someone to take over the social media aspect of the club , this would in-tail keeping the Club website,lotto, Facebook and twitter account up to date , time wise 3/4 hrs a week . Training on the above will be rolled out if you are interested. Please text the club phone with your details.